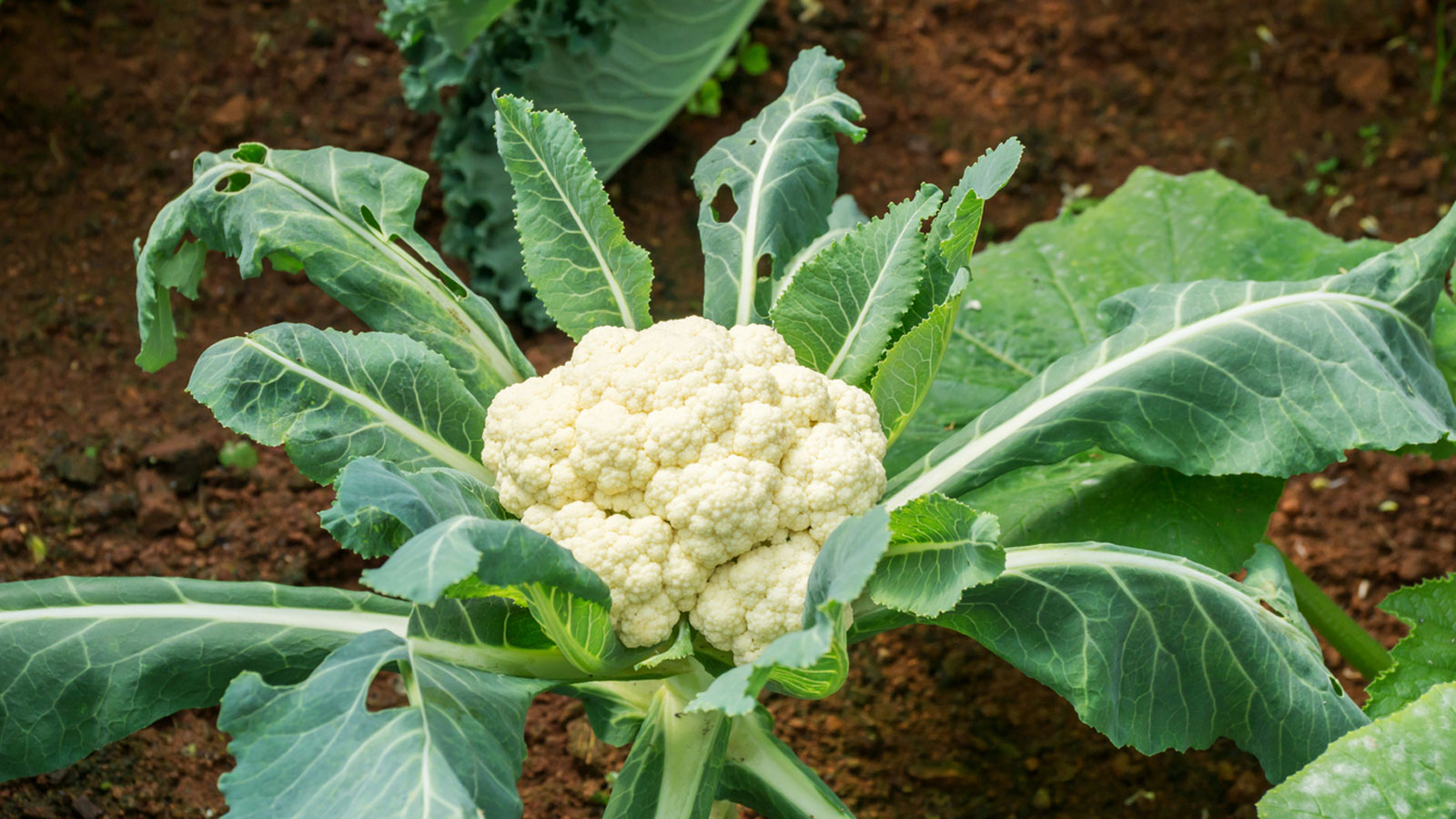 Cauliflowers are one of the cabbage family’s main vegetables and represent widespread cultivation in gardens. This is an interesting crop, which should be missing from our garden for various reasons. In particular, these cabbages, like other plants of the same family, are not particularly afraid of the cold. Therefore, the cauliflower can occupy the plots of the garden even in the autumn months when the varieties that can be sown are reduced. Even if it is considered an autumn or winter vegetable, like leeks and fennel, nothing prevents you from growing cauliflower even in spring. It is a seasonal vegetable for a rather long period.

How to grow cauliflower? 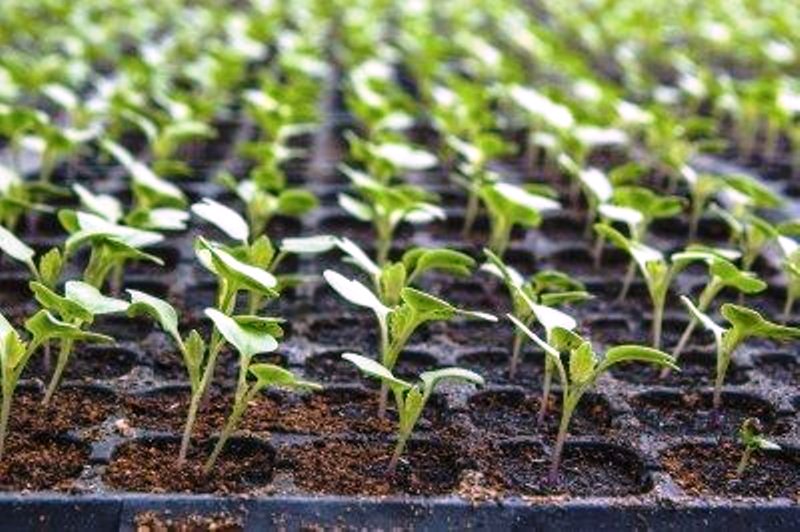 The plant has a biennial cultivation cycle, forms a deep taproot that serves to support the stem, on the top of which a full-bodied ball inflorescence will form, called corymb, this is the part that interests the grower and that is collected and used as a vegetable.

Compared to other cabbages, cauliflower is distinguished by the color of the flowers, typically white, but in some particular varieties, it can also be yellow, purple or orange. The fact of having a recognizable flower gives it the nickname of cabbage flower, distinguishing itself from other plants of the same species that are instead cultivated for the leaves.

The leaves are also edible as a cooked vegetable, especially the younger and more tender ones, often used to put in soups and broths.

As anticipated, cauliflower is a plant that does not suffer from the cold climate of autumn, while on the contrary, the heat brings this brassicacea into suffering. Rather low temperatures are also necessary to stimulate the formation of the inflorescence. An optimal temperature for its growth is 18-20 degrees, while the development of the plant stops if it drops to 5 degrees.

At ground level, it requires a medium-textured soil that is quite moist, albeit without stagnation. Cauliflower definitely fears drought, especially when the seedling is still small and therefore the root is not very deep. It must therefore be grown in soils rich in organic substance and nutritional elements, it is advisable to fertilize with humus or well-matured manure during the preparatory phase of working the land.

Like all plants that have taproots, it can be more easily subject to root rot, in case of excess water in stagnation. Given the autumn or spring period in which cauliflower is usually grown, it is good to ensure the rapid absorption of excess rain with a good dig.

How and when to sow

Sowing of cauliflowers usually takes place in the summer, for autumn cultivation. The general rule is that cauliflower does not like excesses: frosts (temperatures below 6 ° C) and summer dryness can damage the plant.

In light of this, it is necessary to decide the sowing period so that the growth and development of the corymb occur in autumn or spring.

However, we must take into account that there are different varieties with different needs and cultivation times, so we must inform ourselves when purchasing seeds if we are sowing an early or a late cauliflower and adjust according to the duration of the cycle to establish the sowing.

In general, we can say that cauliflowers can be sown from April to September, avoiding June and early July. If we use a heated seedbed we can also leave in March.

Rather than direct sowing in the field, it is better to sow in seedbeds and grow the seedlings in a protected environment, also considering the continuous need for irrigation they initially have. The seed is placed at a depth of one centimeter, taking care that the soil never dries up during the germination and development period of the seedling.

Transplantation must generally take place about 40 days after sowing. The ideal period for transplanting depends on the variety chosen, where the climate is very hot it is generally better to avoid putting young seedlings in the garden in periods of great heat and aridity.

Sixth of the implant. Cauliflower is a fairly demanding plant in terms of space, so the seedlings must be 50/60 cm away from each other. Also because of these distances, it is advisable to resort to transplants: otherwise in the garden for every seed that does not germinate a lot of space is wasted, leaving a gap between the rows.

The cultivation of cauliflower 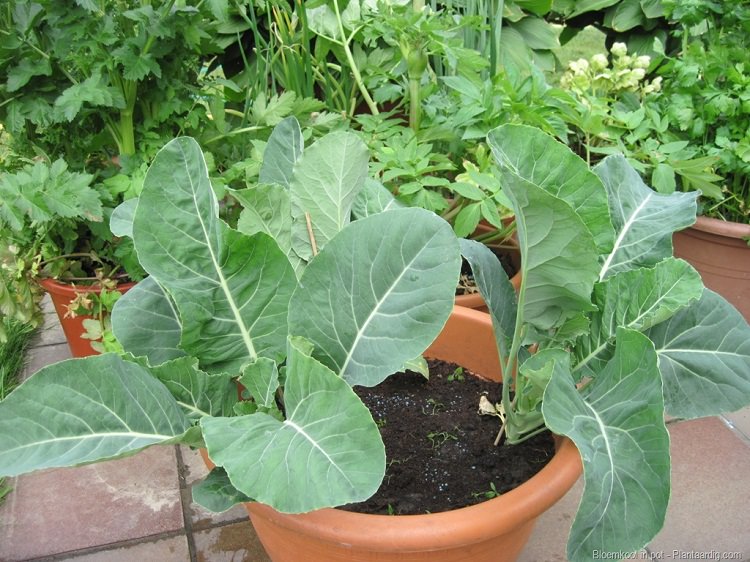 During cultivation. Cauliflower is a plant to take care of well: as long as it is small, the soil must be kept free of weeds with frequent weeding, avoiding the formation of a superficial crust on the soil that makes it arid and hard. As the plant grows, it becomes large enough to defend itself from competition from spontaneous grasses, shading the soil around the stem with the leaves. It may be useful the technique of mulching, which also helps to maintain this moisture.

Irrigation. Cauliflowers need to be wet often: when the plant is small it is particularly delicate. Even when the cauliflower grows it continues to require frequent irrigation because when it feels deprived of water, the plant opens the head and the flowers lengthen, distancing themselves from each other, ruining the harvest irreparably. To collect a corymb of good size and still compact, it is therefore advisable to never run out of water in the ground, however, it is necessary to avoid creating stagnations. For this reason, it is better to wet often but never overdo it.

Crop rotation and intercropping. After having been cultivated, cauliflower must not be replanted for at least three years in the same plot of the garden, nor must it follow other cabbages or cruciferous plants ( rocket, radish, mizuna, turnip greens ). On the other hand, it follows leguminous plants with excellent results (for example peas, beans, green beans, broad beans), which put precious nitrogen at its disposal. The intercropping with tomatoes or with some herbs (sage, rosemary, celery) is very useful to keep away the cabbage, one of the most harmful insects for this crop.

Enemies of cauliflower. Cabbage is the main opponent of cauliflowers, like all brassicas, it is an easily recognizable caterpillar that feeds on the plant (leaves and flower). this larva is fought using in the evening the bacillus thuringensis, a completely natural and non-toxic biological insecticide for humans. Among the most probable parasites for this crop, there are then the aphids, which those who already make the garden, unfortunately, will know well, and the whitefly. (also called trialeurodide). As aphid on cauliflower is found the waxy aphid variety.

Diseases of cabbage. Crucifers are prone to cabbage septoria or hernia, downy mildew and Alternaria. Those who want to use only products allowed in organic farming must intervene with copper-based treatments, effective in containing the disease but not curative on the affected plants. However, it must be borne in mind that copper also has a toxic effect and, above a certain amount, remains in the soil for a long time. For this reason, a true natural garden must first of all aim at avoiding problems through prevention. As with many other crops, the principle of avoiding water stagnation is also valid for cabbage in order not to run into problems of fungi: if the soil is managed correctly, diseases will not be frequent.

Collection. Cauliflower is easily seen when it is ready: when the corymb (floral part) is fully developed and still compact. It is necessary to be careful to pick it before it begins to separate the flowers, taking into account that drought or frost accelerates the whipping of the seed that leads to the opening of the head. So once you have identified the right time, it is better not to leave the cabbage in the garden for too long.

Properties and culinary use. In the kitchen, cauliflower can be eaten in many recipes, it is usually a vegetable that is eaten cooked, it can also be put in oil or pickle. The slightly unpleasant smell it releases during cooking is due to the sulfur which then evaporates gradually. In addition to the corymb, it is good to remember that the leaves can also be cooked and eaten. Cauliflower has interesting beneficial properties with anticancer and positive effects on the intestine. 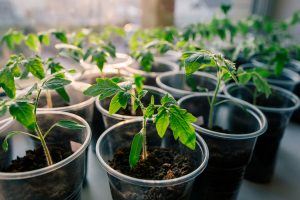 How to germinate tomato seeds faster 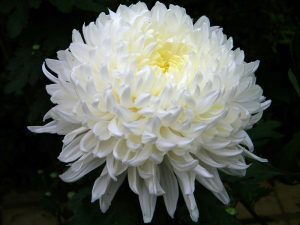 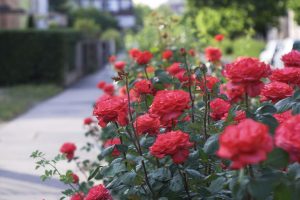 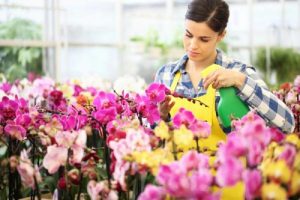 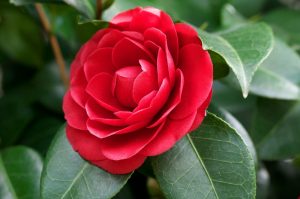